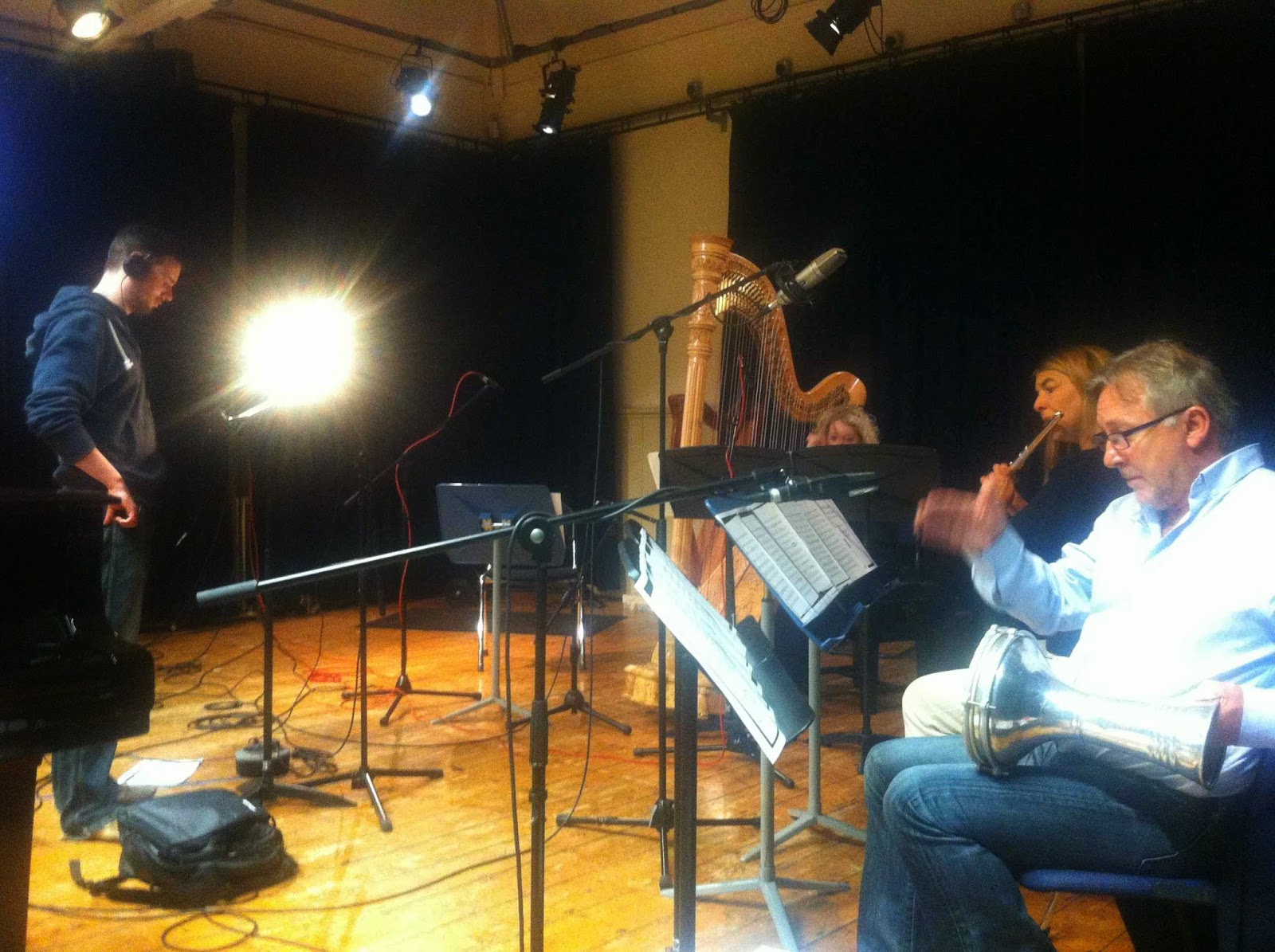 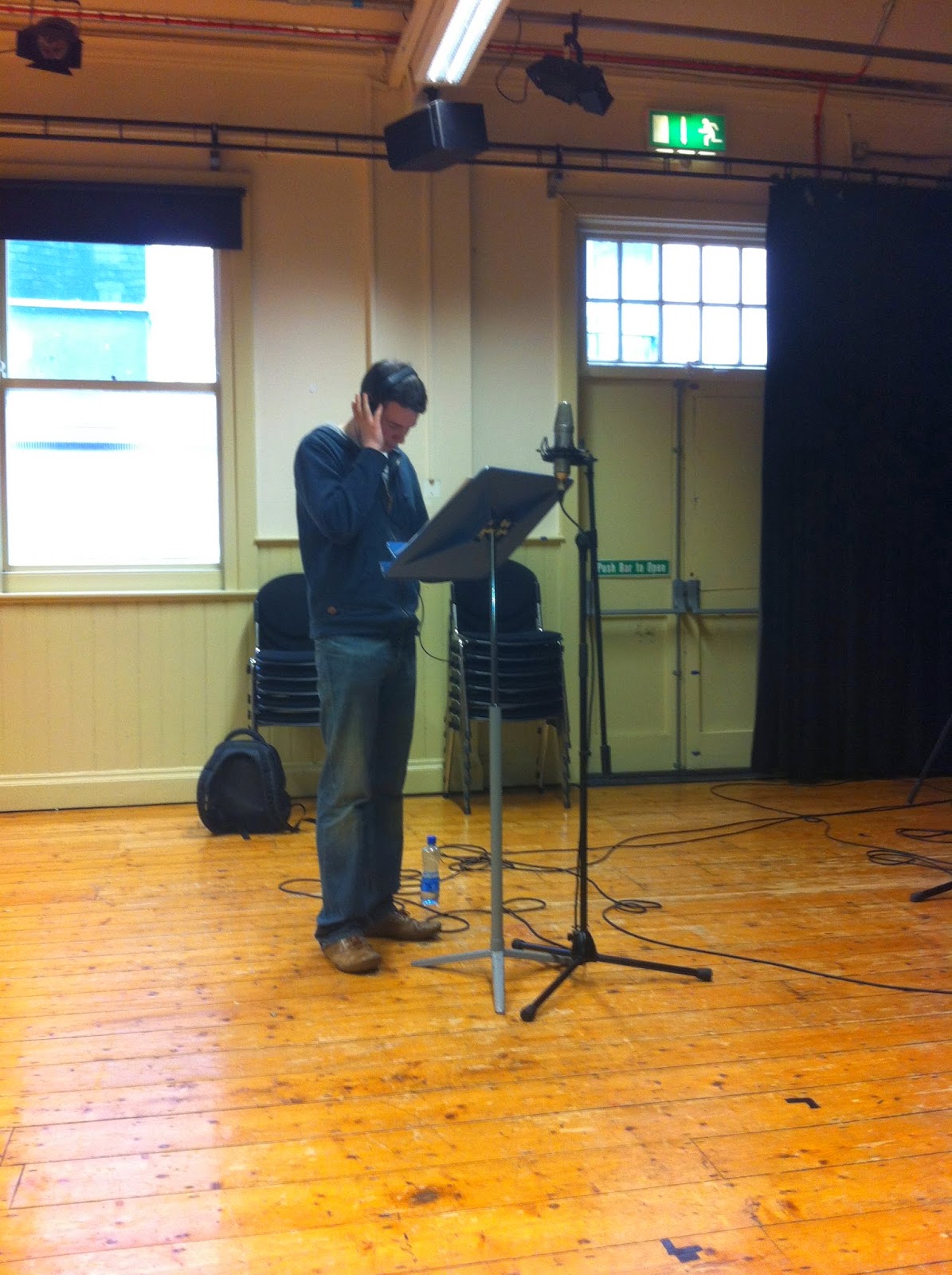 The first programme takes us on a unique sonic journey to ponder WB Yeats and his musical experiments, collaborations (from Elgar to Harry Partch), and theories during his own lifetime.  What was the great poet hearing in his inner ear?  DIT [Dublin Institute of Technology] Conservatory of Music record scores WB Yeats himself commissioned for his Plays for Dancers, from little known composers Walter Morse Rummel and Edmond Dulac, which are heard here for the first time ever. We learn about how the obscure Walter Morse Rummel met WB Yeats in esoteric London circles, and how their collaboration came about.   The first musicians ever to perform and record Rummel’s score for “The Dreaming of the Bones”, the DIT Conservatory musician-researchers share their insights into and experience of Yeats’s musicality or lack thereof. Yeatsian experts enlighten us on his theories, revealing that WB Yeats never allowed his composer/collaborators to have their own voice.  His words ruled supreme. Yeats was considered to be tone deaf by many, or at least tuned in to an “alternative” scale, as we hear in a rare BBC recording in which the poet himself sings out of tune.  Interweaving rare recordings of WB Yeats himself, we hear how towards the end of his life, the exciting new medium of radio revived his interest in and enthusiasm for, the bardic arts.  This Yeatsian sonic journey highlights how Yeats’s late radio recordings rhyme in with his early sonic experiments with Florence Farr in “Speaking to the Psaltery”, informed by the great poet’s utopian desire to bring about a democratic “magical revolution” across all echelons of society. 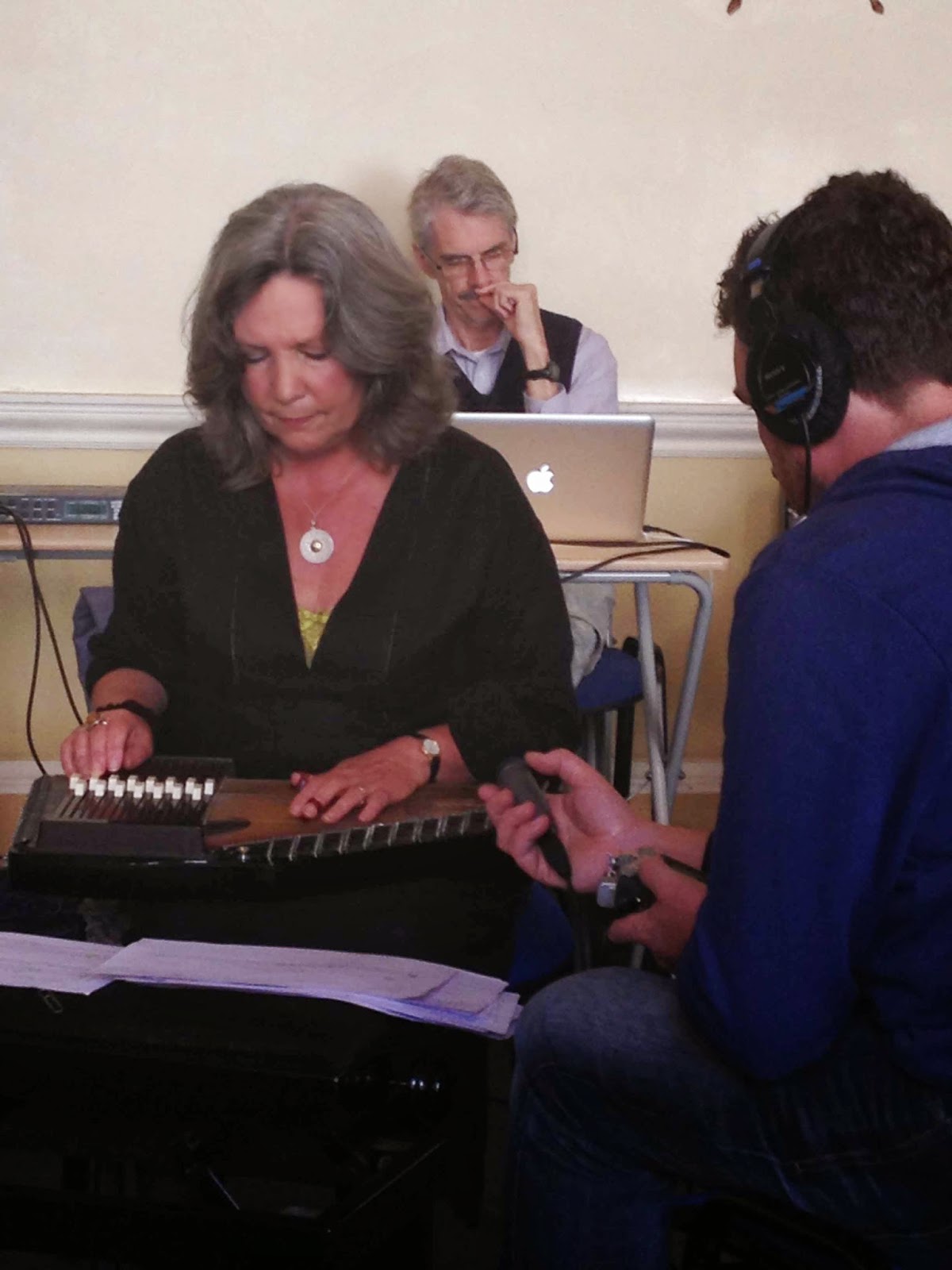 The second programme explores contemporary musical interpretations of WB Yeats’s words, free of his own strictures and dicta, by great Irish composer Bill Whelan, and top Irish contemporary classical composer, Donnacha Dennehy.  In the late 1980s and early 1990s, Professor JW Flannery directed a rare season of Yeats plays at Dublin’s Abbey theatre, which WB Yeats helped to found.  We get a rare glimpse into Flannery’s creative process with the then fledgeling composer Bill Whelan, as they reminisce on those groundbreaking productions in an intimate and unguarded conversation, interwoven with excerpts of Whelan’s scores.  Actress Olwen Fouere shares her extraordinary approach to reciting Yeats’s verse in Flannery’s productions.  Whelan admits this is where he learned his metier as a theatre composer, and that his world-renowned score for Riverdance grew out of these Yeats productions.  Donnacha Dennehy finally lets us in on his journey to composing music for Ireland’s most iconic poet, from young grad student in the USA to his recent exquisite and accomplished settings of Yeats poems for soprano Dawn Upshaw in "Gra agus Bas". 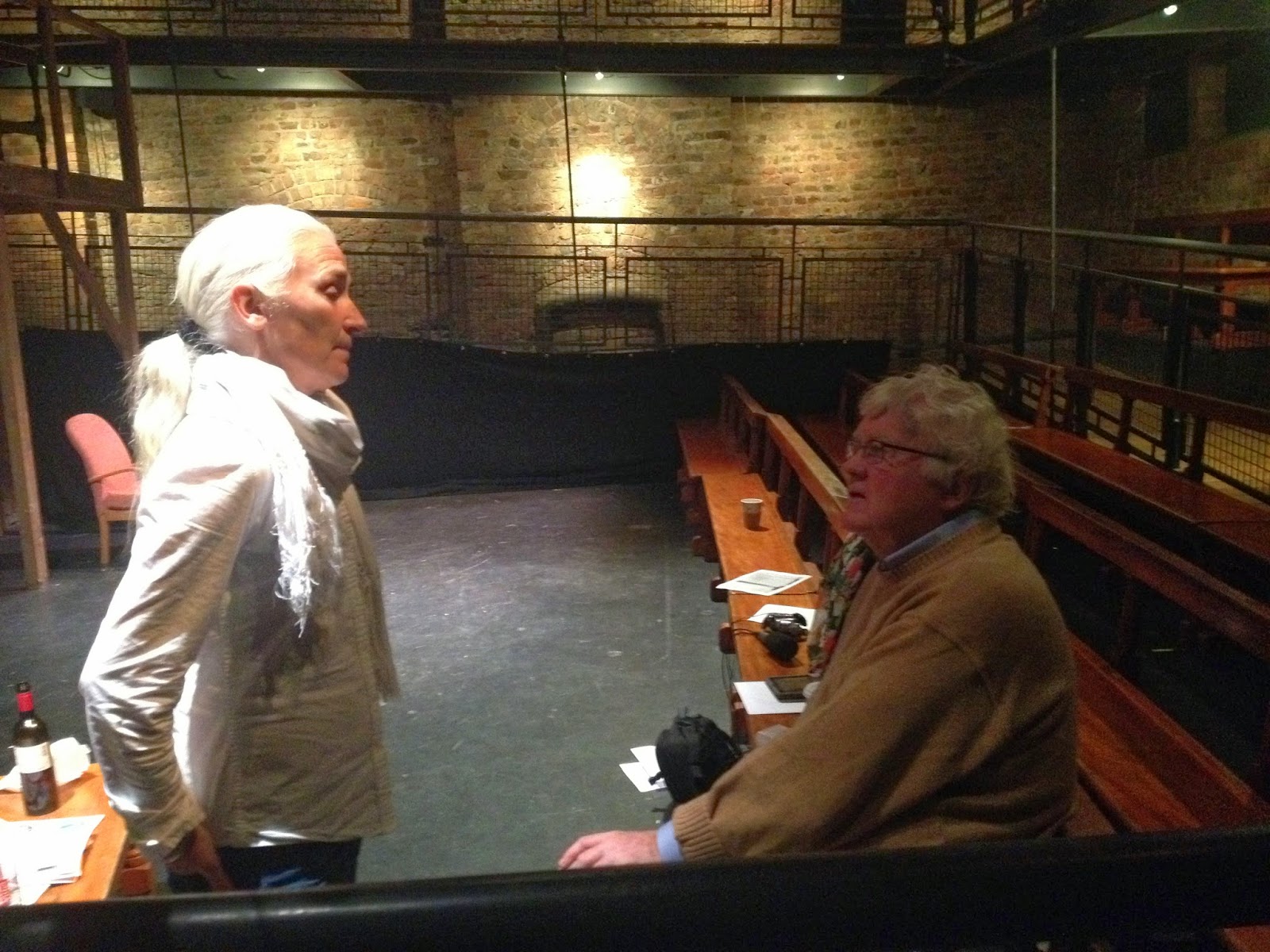 Programme Two is narrated by myself, and features Bill Whelan, Jim Flannery, Olwen Fouere, and Donnacha Dennehy, as well as Yeats compositions by Whelan, Dennehy, and a tiny snippet of Sean Millar (for a Brokentalkers Yeats project that is in development), the voice of WB Yeats from the BBC archives, a hint of Harry Partch, and others, related to the story.

I was in fine company yesterday on Myles Dungan's "History Show" on RTE Radio One, with Barbara O'Connor (author of The Irish Dancing), Diarmaid Ferriter (author of Sin, Sexuality and Society), Percy Lovegrove (Author of An Auld Cockle Picker, husband of the late Doreen Cuthbert), and Ann Fryer-Walsh (1940s Modern Dancer, who still teaches keep fit classes at the League of Health), for a St. Patrick's Day Irish Dancing Special!  We covered everything from the origin of dance in Ireland, whether there was ever a word, or a need for a word for it, to the weirdness of competition Irish dancing, to the ballroom of romance, to the glimmer of hope that was Erina Brady's Modern Dance in Emergency Dublin, to Riverdance. 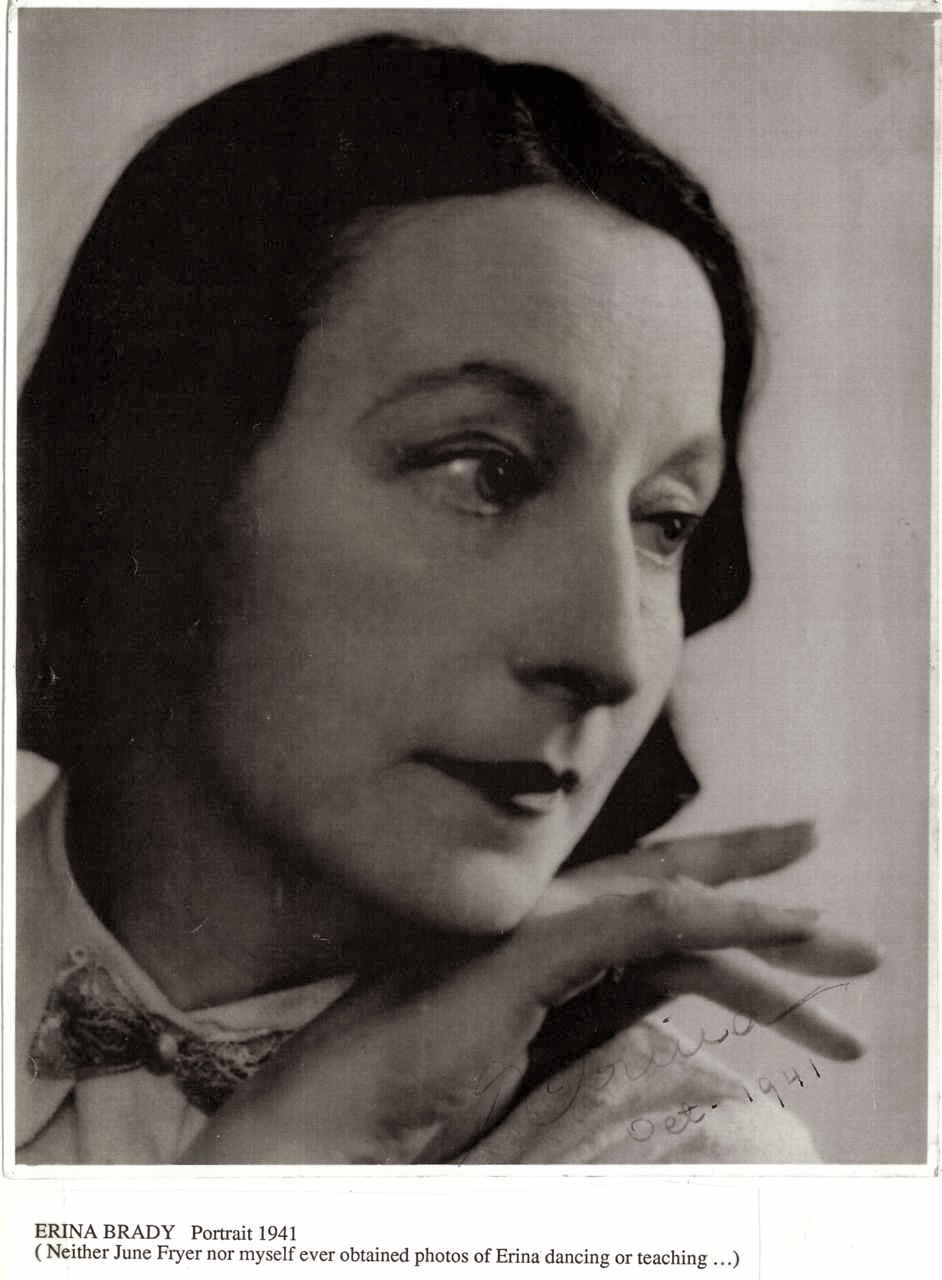 Phew.  It was a Dance Talk Marathon!  You can listen back by clicking here:

They also wrote a nice blog about it on the show's website. 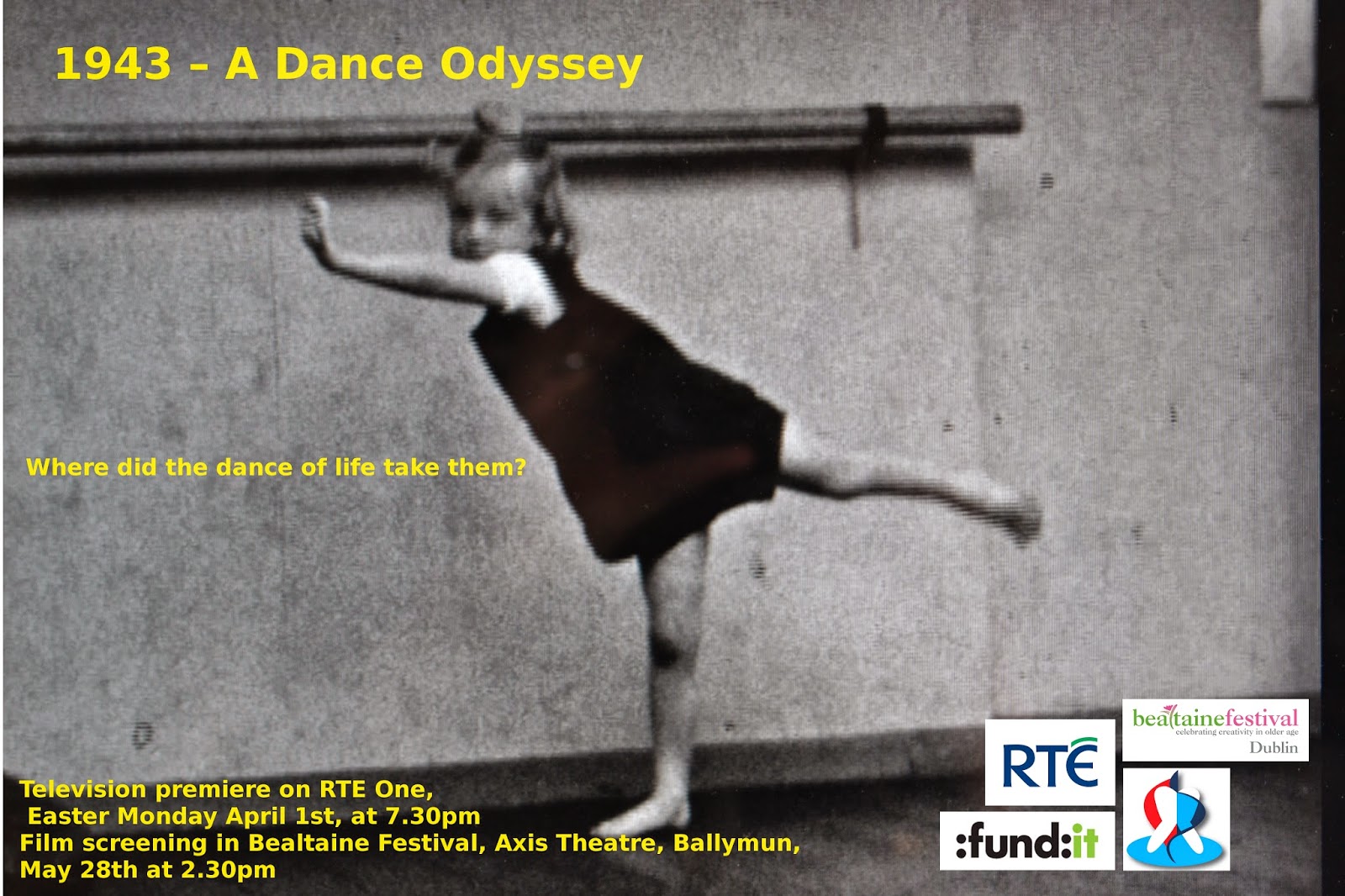 In other news, WB Yeats: Words for Music Perhaps is being re-broadcast on RTE Lyric FM on Friday April 4th at 7pm and Friday April 11th at 7pm in the RTE Lyric Feature slot.  More of which anon.  Have a wonderful day.  Hope you find a nice ceili and kick up your heels! For something totally different, I'm off to "Yoga Stops Traffick" a Mysore style yoga class run by musician yogis John and Suzanne Brennan to raise money to help prevent child trafficking in India.
Posted by Deirdre Mulrooney No comments:

Patrick Scott and the Dancers