Audio Slideshow of Catherine Delaney: "Pile: Give or Take" 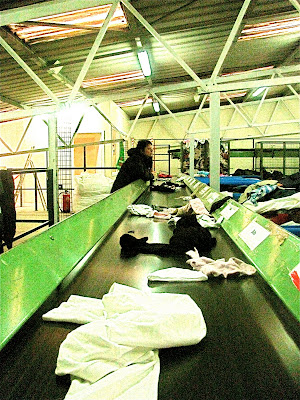 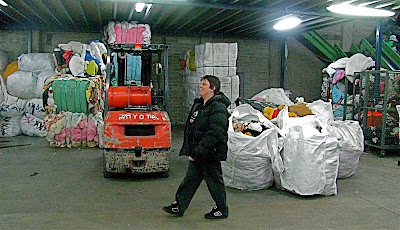 These images were taken with a humble Canon Powershot. Deliberately grainy. Aesthetically grainy. It's in keeping with the "Art Povera" theme of the exhibition, right? I love listening to Cathy sharing her thoughts and musings on her recent exhibition and her life-long relation to cloth and all its metaphors. She also threw around some names like Anya Gallacio, Christian Boltanski, and even Mary Kelly. We had quite a jaunt out to Bluebell to Liberties Recycling Centre where we were given a great welcome by the lovely people there. That's where Cathy sourced some of the clothes for her recent exhibition at Solstice Arts Centre. A big thank-you to all at Liberties for being so welcoming. And to Cathy who kindly got out of her sickbed to do this project with me (ooh I feel bad! she said I was a true documentary maker, as I took her by the chemist to get some solpadene en route to the M50...) - thanks Cathy. Just press play (above, left). Woop - my first audio slideshow! It's also up on youtube if you'd like to see a bigger version.
Posted by Deirdre Mulrooney 4 comments:

Email ThisBlogThis!Share to TwitterShare to FacebookShare to Pinterest
Labels: Catherine Delaney: Pile: "Give or Take" 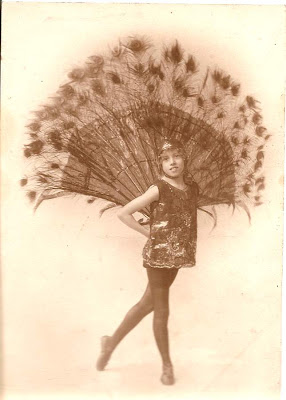 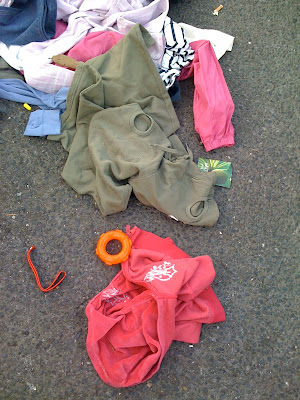 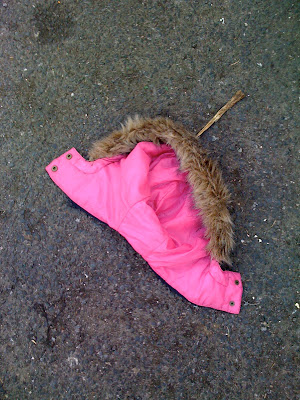 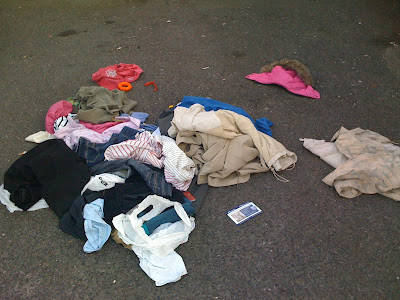 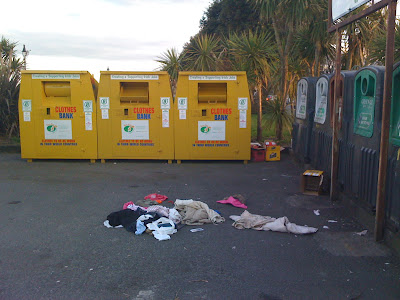 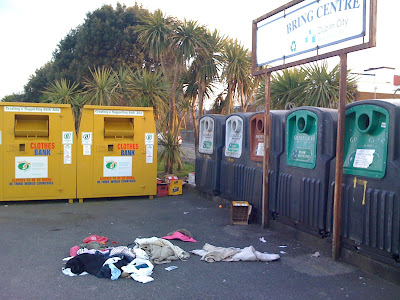 Inspired by Catherine Delaney's thought-provoking exhibition, "Pile: Give or Take", I was pondering recycling, when, Lo & Behold! look what I spotted on Sandymount Strand!!! Talk about a crock of gold. Excited beyond belief at my find, I reached for my camera, but I didn't have it with me. Luckily though, I did have my iphone...
Posted by Deirdre Mulrooney No comments: 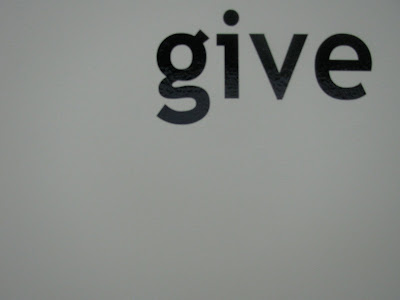 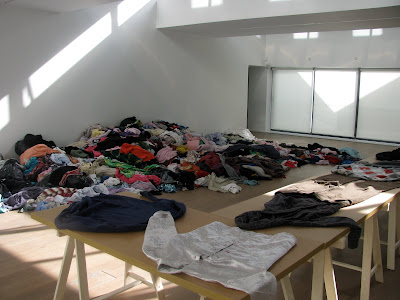 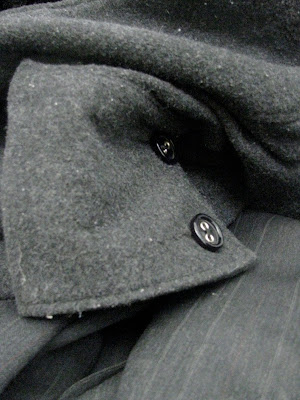 just practicing... this is the amazing Solstice Arts Centre Gallery, Navan, designed by Grafton Architects. What a gorgeous space.
Posted by Deirdre Mulrooney No comments:

Email ThisBlogThis!Share to TwitterShare to FacebookShare to Pinterest
Labels: Pile

Caught me a Rainbow 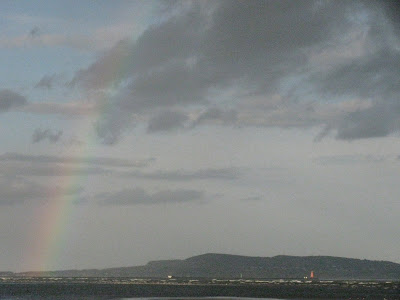 Wait, is that jogger in the red top (see below) actually the crock of gold? ;) Or is it (as mostpeople might presume), look closely now - over in Howth? 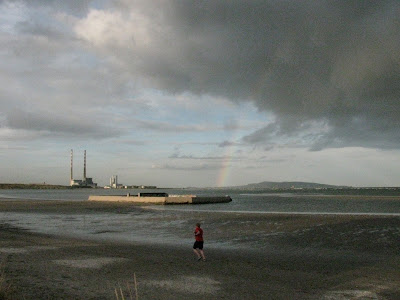 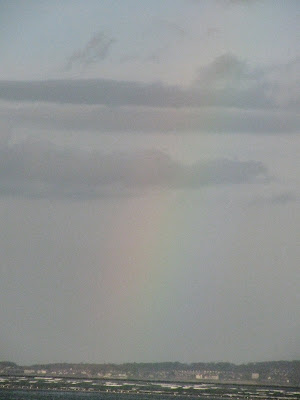 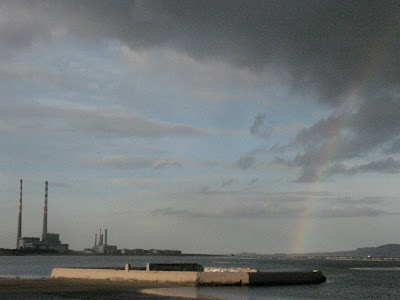 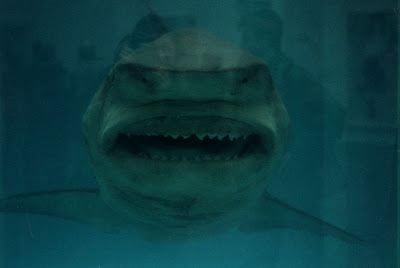 I was reminded of this photograph recently, taken in 1992 (!) at Art Cologne. Yes, it's Damien Hirst's original tiger shark in formaldehyde, formally known as "The Physical Impossibility of Death in the Mind of Someone Living". Have a close look - that's me taking the photograph (I'm dusting off that manual, brass-bodied camera again now), reflected in its vitrine. Ah, so young.

In case you're not familiar with Damien Hirst's famous fish in formaldehyde, fyi (& your secret of not knowing about this landmark art work is safe with me, unless of course you'd like to post a public comment about it), this is the iconic work of British art in the 1990s,[3] and the symbol of Britart worldwide.[4]Of course, having a good eye for talent, when I gazed through the vitrine into this dead, but immortalised fish's eyes - before all the hype - I knew even at first glance in 1992 there was something special about it. However, despite the formaldehyde, that specific fish was not long for this world. Damien Hirst had not yet perfected the formula. So this was a sort of experimental fish. Or a guinea pig. This from wikipedia about the fate of that poor shark (above), and its replacement. Did you know:

Because the shark was initially preserved poorly, it began to deteriorate and the surrounding liquid grew murky. Hirst attributes some of the decay to the fact that the Saatchi Gallery had added bleach to it.[7] In 1993 the gallery gutted the shark and stretched its skin over a fiberglass mold, and Hirst commented, "It didn’t look as frightening ... You could tell it wasn’t real. It had no weight."[7] When Hirst learned of Saatchi's impending sale of the work to Cohen, he offered to replace the shark, an operation which Cohen then funded, calling the expense "inconsequential" (the formaldehyde process alone cost around $100,000).[7] Another shark was caught off Queensland (a female aged about 25–30 years, equivalent to middle age) and shipped to Hirst in a 2 month journey.[7] Oliver Crimmen, a scientist and fish curator at London's Natural History Museum, assisted with the preservation of the new specimen in 2006.[7] This involved injecting formaldehyde into the body, as well as marinating it for two weeks in a bath of 7% formalin solution, consisting of water and dissolved formaldehyde gas.[7] The original 1991 vitrine was then used to house it.[7]