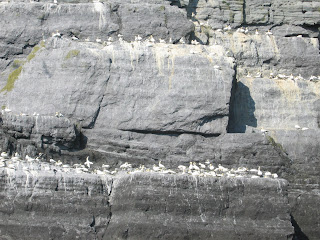 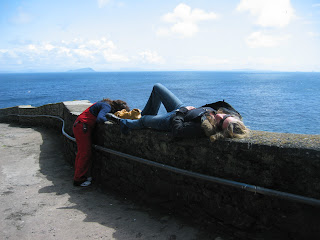 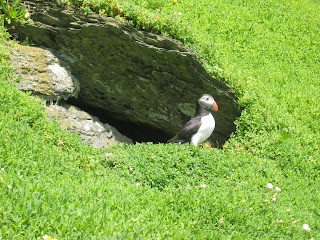 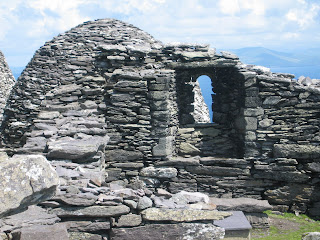 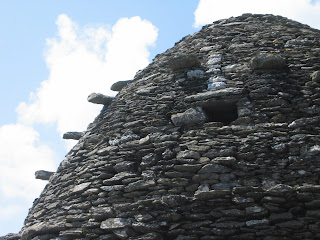 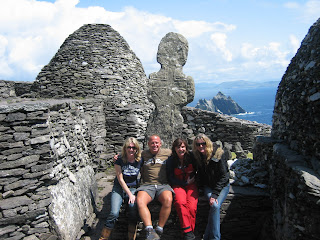 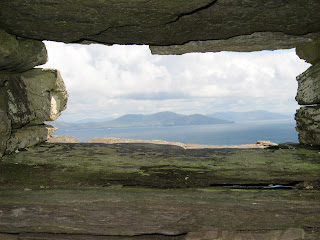 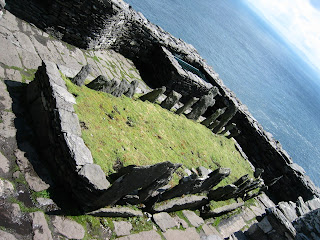 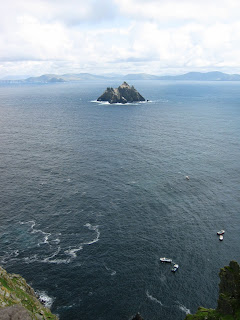 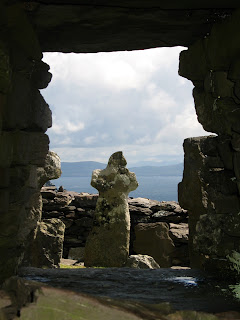 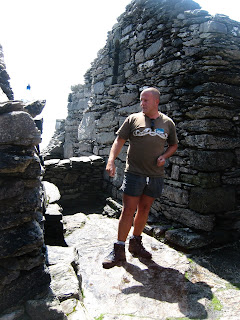 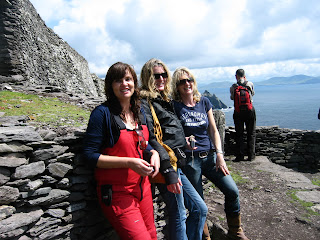 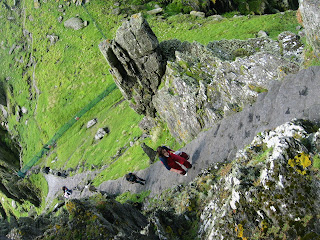 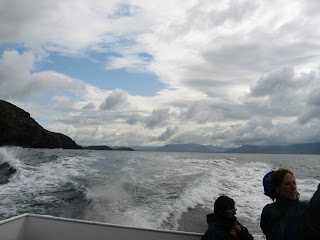 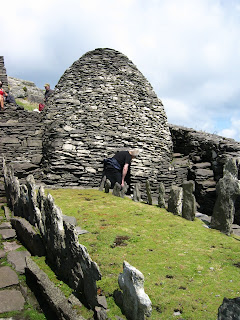 We were looking forward to a quaint Sunday jaunt out to Skellig Michael, County Kerry (after the opening of ART 250 Kerry the night before), to explore the 6th century monastic UNESCO world heritage site. Well, we were in for a bit of a surprise!

Sean Feehan’s boat pulled out from Ballinskelligs, and soon enough it felt like we were being thrown around in a washing machine while having buckets of sea water flung at us - AND being simultaneously disembowelled of anything we ever ate. That lasted for about an hour, before we finally pulled up to the mighty rock. We looked like we had been thrown overboard. But luckily, the sun came out, warmed us up (we were shaking), and dried us off. Oh yeah, this is a traditional pilgrimage site, and this experience is all part of it (we were told). THEN there were the 580 vertiginous steps to climb, up to the monastic site itself. We practically crawled up the incline, but it was all worth it once we got there. The gorgeous puffins on the way cheered us up too. The only other thing it reminded me of are the spectacular rockhewn churches in Lalibela, Ethiopia – also a UNESCO World Heritage site.

Up there, we sat and chatted with Eamonn, the guide at the top who explained the amazing sculptural beehive structures to us; the fact that they were built without mortar; the diet of the 12 hungry monks who spent their lives praying for people on the mainland; the monk-beds; their lavatory system, and how eventually, in the 12th century they moved back onto the mainland and set up the Augustinian Monastery in Ballinskelligs. Then there were the pilgrimages and the lighthouse families. A spectacular, spiritual place. We got comfortable and could have chilled out there a lot longer (or perhaps avoided the boat-trip back forever) but – Sean Feehan the boatman was waiting for us down below, and we had to hurry. Wisely, we didn’t eat the sandwiches we had brought with us. There was only one way home... I won’t go into the details. On a positive note, it was amazing to pass Little Skellig with its bird colonies before hitting the open sea again.

As we pulled back in the harbour at Ballinskelligs, Sean Feehan informed us that the boat-journey was considered to be part of the pilgrimage, and no wonder the monks only came off the island once a year when they lived there. Now he tells us! We were pale, our hair was covered in vomit (the glamour!), we nodded in agreement. A fantastic, if somewhat visceral experience... & we get a plenary indulgence for that - which could come in handy to cash in against future misdemeanours. Good to have up your sleeve - just in case!

PS that's the amazing artist Hughie O'Donoghue ducking into a beehive hut in the last photograph, bottom right. Now how did he sneak into my photo-frame?!!!

......"But for the magic that takes you out, far out of this time and this world, there is Skellig Michael, ten miles off the Kerry Coast, shooting straight up 700 feet out of the Atlantic. Whoever has not stood in the graveyards at the summit of that cliff, among the beehive dwellings and their beehive oratory, does not know Ireland through and through, It is the beauty of Ireland that has made us what we are." From the "Beauty of Ireland" by George Bernard Shaw
Posted by Deirdre Mulrooney