POW WOW no. ONE
Meditation in Super 8 on Childhood in a Beautiful Place, in a Small Community, in North Ontario.

I've been taping some memory reels together with F8 S automatic klebepresse - here's a picture of the machine, which I employed for the job, with a little help from Dennis Kenny of the upcomimg Super 8 Festival at Block T this Saturday May 3rd [info below]: 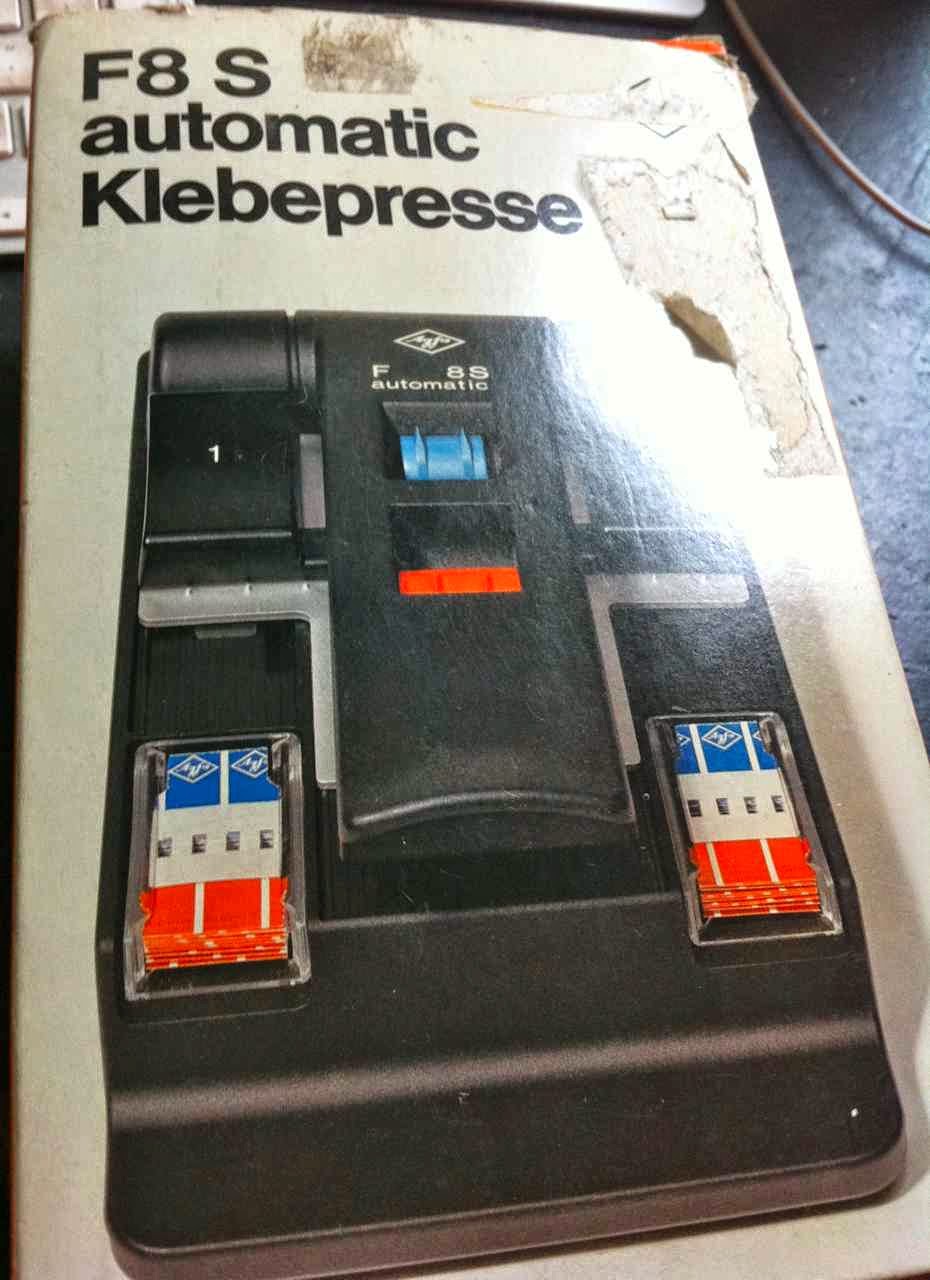 This is a project that has been on my mind for some time now.  In 2008 I made the [BCI-funded, broadcast on Newstalk] radio documentary "Ogoki - Call of the Wild", about bringing my mother back to Ogoki Post First Nations Reservation in North Ontario where, together with my Dad, they ran the local school in the late 1970s and early 1980s.  I was with them in Cat Lake and Ogoki Post for one year each, respectively, before I was sent back to school in Ireland.

My Dad started filming with Super 8, and dabbling in the DIY art of photography in the late 1960s. Inspired by photography enthusiast draft dodgers he encountered when he first moved to Toronto [from Limerick] in the late 1960s, he acquired quite a kit, some of which he bought from them.  The [Vietnam War] dodgers had their own dark room equipment, and were very into the alchemy of photography.  My dad photographed us as kids with a Yashica Mat, and filmed with Super 8.  He continued this after the move up to isolated, seldom-seen First Nations Reservations in North Ontario, but unfortunately all the film went MIA, with all the to-ing and fro-ing back and forth from Toronto to Shannon.

One year ago however, after an illness in the family brought about a clear-out of one ancestral home, lo and behold two big bags of super 8 turned up.  Hooray! [Also the relative recovered well, you will be glad to know].

Thanks to Dennis Kenny, who helped me to tape together a selection of three of the reels of our recovered memory, opening a window into a seldom seen world, they will be screened at the Super 8 Festival in Block T this coming Saturday, May 3rd.  I have selected an excerpt of my radio documentary "Ogoki - Call of the Wild" to accompany, along with a track from Boards of Canada - "A Small Community in a Beautiful Place out in the Country".

You will hear about Charlie Wenjack, in Ian Adams' watershed Macleans Magazine article, as read by actor Pat Laffan.   Charlie's sister, Pearl Achneepineshkum will recount her experiences of the tragedy from the family's point of view.  My Mum, Ogoki school principal of the time, Sheila and I listen in stunned silence.  Kids (including my pale face brothers) slide down, playing chicken at the frozen edge of the river Albany.  There is dancing (guaranteed).  There is boating and fishing in Cat Lake.  It's a steely and truthful meditation on childhood in a small community in a beautiful place.

Hopefully opening a door to a new documentary project, which will be a collaboration between me and my Dad's recovered footage of yore.  Please come and tell me your thoughts. I would love to hear them. 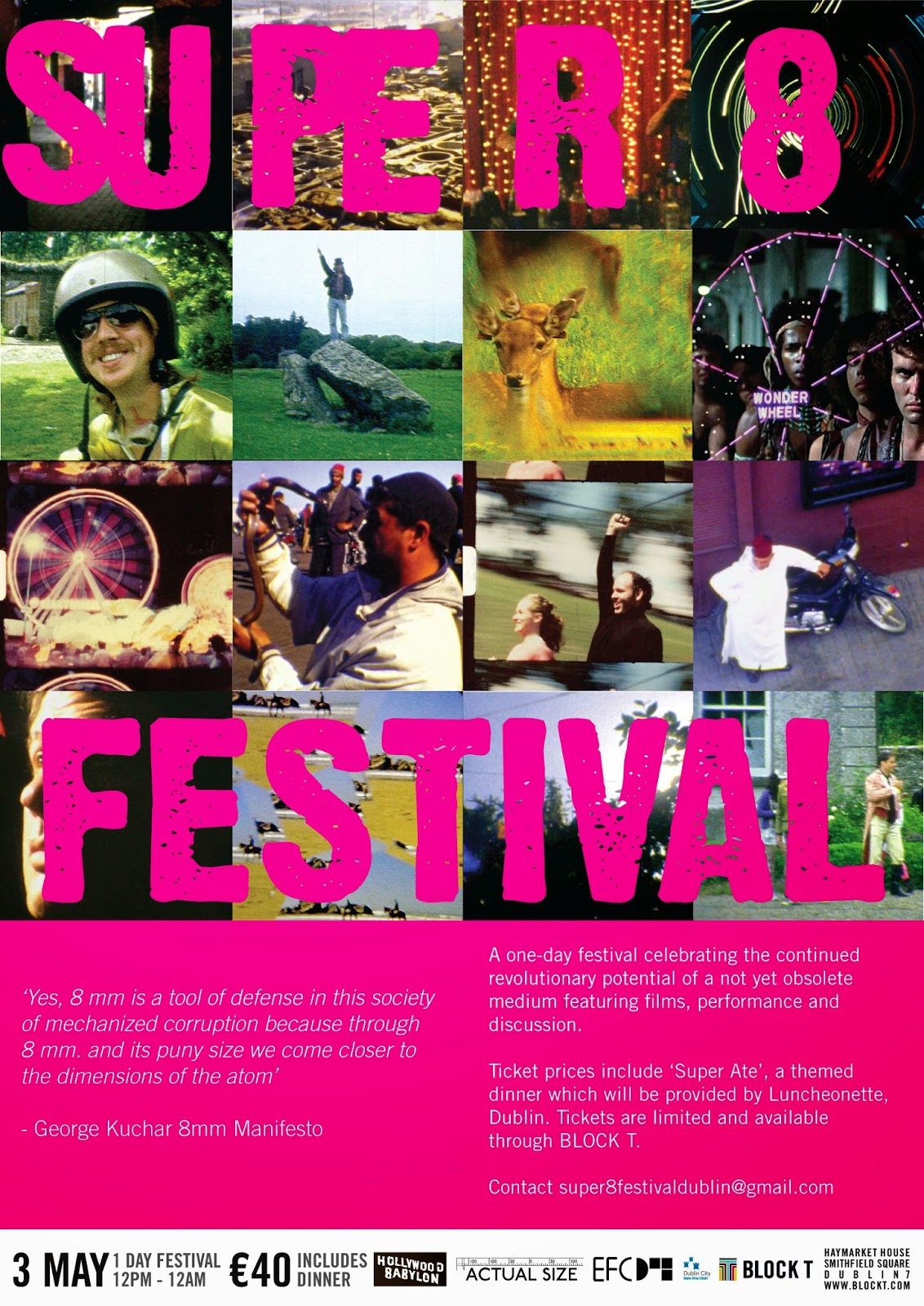 POW WOW no. ONE is in the mixtapes section early in the day.
Posted by Deirdre Mulrooney