"All That Glisters is not Gold" by Mella Travers. Exhibition Note. 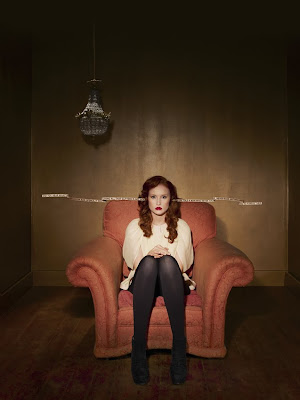 “ALL THAT GLISTERS IS NOT GOLD”

“All that Glisters is Not Gold” a photographic exhibition inspired by old sayings was conceived when Mella Travers saw a tiny embroidery of a woman tearing the hair out of her head – and felt instant resonance, reassurance, and a warm fellow-feeling. The recognition exerted a calming effect. That’s how it is with old sayings - you’re suddenly not alone any more “walking on eggshells”, or feeling “at the end of your rope”. You realise you’re in good company. Someone has felt that frazzled feeling before – in fact many people have. It helps to know that you’re connected.

In these nine carefully construed images Mella Travers has plugged into that powerful emotional shorthand in a painterly and quasi-theatrical manner. As someone who sees the world in terms of images, (as opposed to words), these old sayings trigger vivid story-images Mella translates into luscious, exquisitely elegant photo-fables.

An artist who has made her mark in the world of fashion photography, beauty is important to Mella, who is well known for her signature dramatic conceptual shoots. In her gorgeous pre-Raphaelite world, the picture is a story in and of itself. Right at home in this polished, glamorous world, the photographer creates and directs her visual stories herself, right down to the tiniest detail of the set-dressing – the ears on the ground, the fishtank, the warm gold backdrop. Still, there is nothing discordant, or jarring in these harmonious images. Simple and uncluttered, they seem to invite you to look, and to look again more closely into their contained rooms – like carefully designed theatrical sets. At first glance you may see patterned carpet – but look again and pinkish ears might emerge.

Colour is simple, rich, and highly significant on Mella’s monochromatic palette. Saturated with fable-like reds and warm golds – you almost expect little Red Riding Hood and the wolf to pop out from behind an armchair.

The models seem like they have emptied themselves to be a zero. Vacant, detached, almost dazed pre-Raphaelite beings – they are collaborators in the creation of an empty space in which you can project yourself, in your own good time. Their performance is in the realm of less-is-more black and white movie acting. Nothing is forced. Drawn-back, neutral-faced, they wait patiently for you to come to them. They have all of eternity now.

Drenched in dramatic chiaroscuro lighting, inspired by the likes of Goya, and “the dark spaces in his images”, it’s no surprise to hear that Mella photographs her poetic visual stories with a P45 digital-back Hasselblad, and through original Hasselblad lenses (no corners cut here). Strategically lit to subliminally guide your eye where she wants it, no detail, no matter how small, is glossed over.

Subtly delving into psychological and symbolic cosmogonies, this is storytelling à la Mella Travers. Old sayings conjure up images in her head: the beginning middle and end get subtly jumbled, and embedded in one picture. Take the frayed rope, at the end of which we see a woman in a powder blue dress. “It suggests the rough, frazzled journey she has travelled” says Travers. “She has had enough – she is at the end of her rope”. Look closely and you’ll notice that her dress is of the same blue as the rope, and the material subtly echoes its entwined pattern. In Mella’s rich, orchestrated realism, nothing is left to chance.

Meaning sneaks up on you unawares as opposed to jumping you - or hitting you over the head. These gentle, quiet images are benevolent, and don’t play tricks on you.

“All that glisters is not gold” sounds like it could also be a timely comment on today’s Ireland. We could do with reconsidering some simple down to earth old-world values, some unpretentious everyday homespun wisdom that is traceable to Shakespeare’s “Merchant of Venice”, (the line “neither a borrower nor a lender be” comes from Shakespeare too), and maybe since time immemorial. That’s Mella Travers soothing eye balm for us – if we choose to see it.