"Bohemians: Et ce Chant dans mon Coeur", in memory of Ireland's first Modern Dancer, June Kuhn, was launched at European Union House on May 15th.  You can catch the exhibition from Monday to Friday from 10am until 5pm, at the corner of Dawson Street and Molesworth street.  Erina Brady herself, and her little students, will be dancing out onto Molesworth street on 3 DVD screens in Liam O'Leary's 1943 short film "Dance School" until midnight, each weekday.  I would love to hear your thoughts on it! 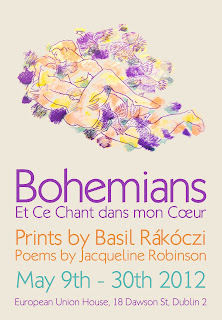 To coincide with Dublin Dance Festival, Dr. Deirdre Mulrooney & Padraic E Moore in partnership with Alliance Francaise present “Bohemians: Et ce Chant dans mon Coeur” at European Union House (corner of Molesworth & Dawson st), May 9th – 30th, an exhibition of illustrated poetry, written by dancer Jacqueline Robinson, and illustrated by Basil Rákóczi  founder of the White Stag Art Group.  This beautiful series of prints was made in Paris, where Robinson founded L’Atelier de la Danse, inspired by what she learned from forgotten modern dance pioneer Erina Brady when, along with Basil Rákóczi she was one of many Bohemian refugees in Dublin during World War Two.

This exhibition of rare 1971 prints, is in memory of Ireland’s first modern dancer, the recently deceased June Kuhn (née Fryer), with whom Jacqueline Robinson trained, and performed in many Dublin venues including the Abbey and Peacock theatres, and the Mansion House, as well as in the Archives de la Danse in Paris, and at the Rudolf Steiner Hall in London in the 1940’s.  Jacqueline Robinson was subsequently awarded a Chevalier des Arts et des Lettres by the French Government for her contribution to Modern Dance.

Liam O’Leary’s rare 1943 short film “Dance School” featuring Modern Dance Pioneer Erina Brady and her Irish School of Dance Art pupils - with an open air dancing sequence in the Iveagh Gardens - will also be screened on a loop in the windows of Europe House, alongside b/w photographs of Brady’s 1940’s choreographies.

In partnership with the Alliance Francaise and Irish Film Archive. With special thanks to Walter Kuhn for sharing his private collection of prints, a personal gift from the artists. 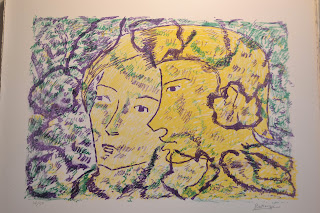 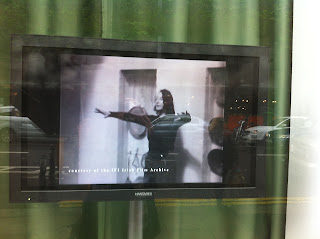 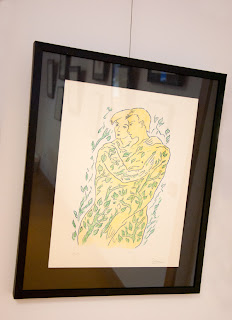 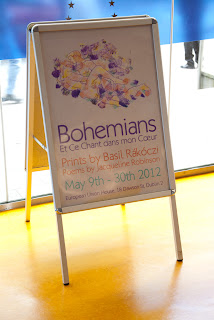 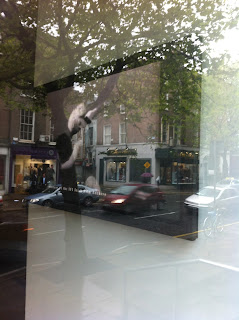 Thanks to the many people and institutions (particularly Claire Bourgeois and Francoise Brung at the Alliance Francaise; Karen Wall at the Irish Film Archive; and Alessandro Lentini, Roman Zdanonv, and Pedro at European Union House), who contributed to, and turned up to this event, and supported the forgotten Bohemians! Vive la France :-) ...
Much appreciated.
Posted by Deirdre Mulrooney