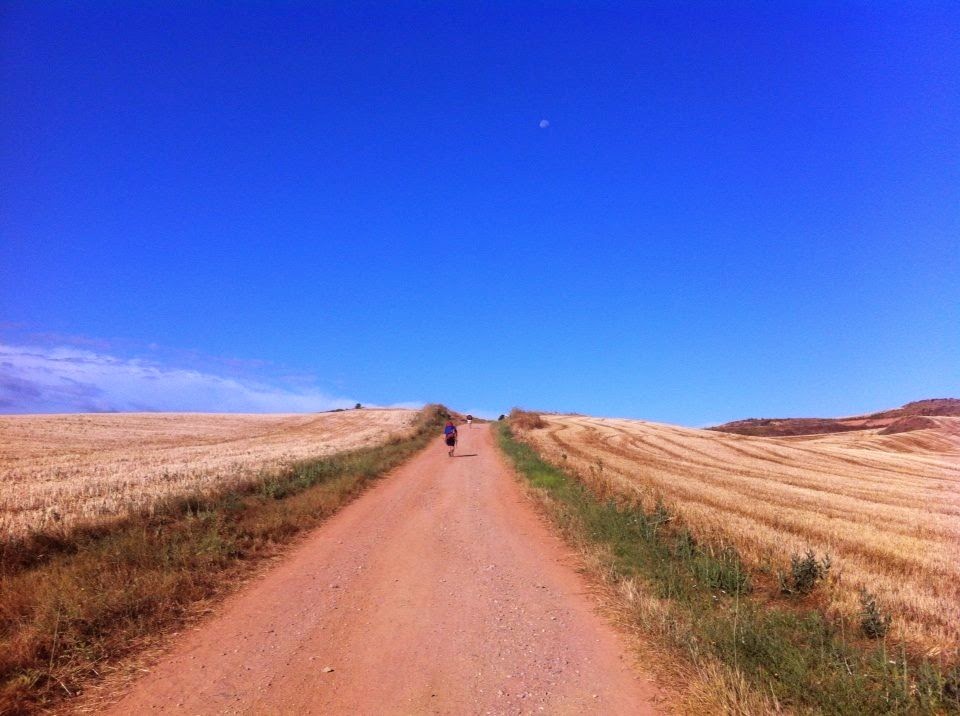 Apologies for the gap in updates, but since Galway Film Fleadh I have been on the road, focusing on putting one foot in front of the other.  It gets all-absorbing.    But first, on August 1st (yes that far back!) I had the honour of giving my first ever session at the Yeats Summerschool in Sligo - "WB Yeats: Words for Music Perhaps" at the Methodist Church on Wine street.  Through a friend of a friend I got the apt opportunity to reside at Lissadell Gate Lodge, no less, which coincidentally (or not?) happened to be a haven of psalteries, hajouj's and other Yeatsian-prescribed instruments I was talking about in my radio documentary/power point presentation the next day. 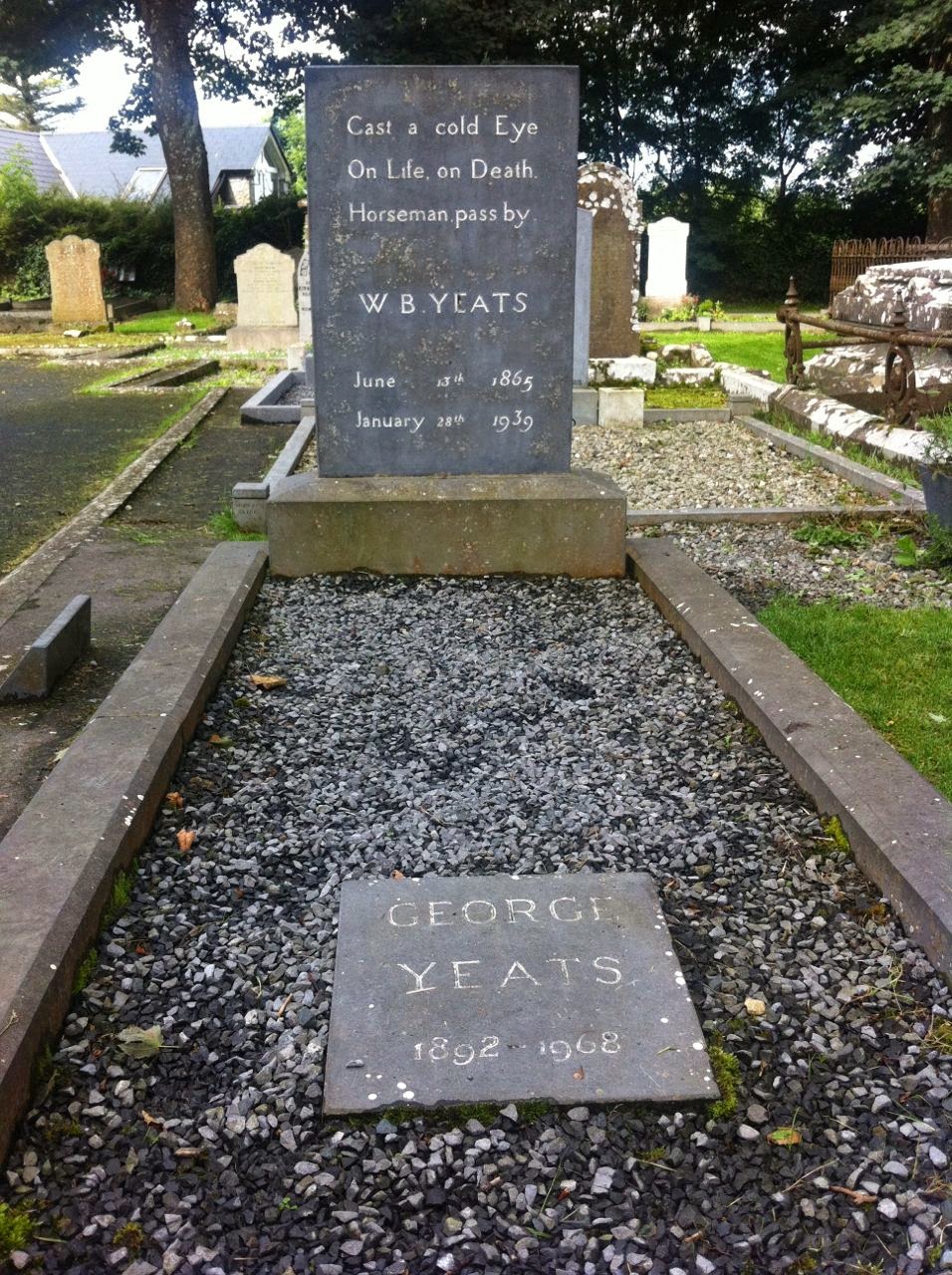 Spooky or just plain Yeatsian? (I'd say the latter).  On the way in from Lissadell Lodge to give my presentation, having given the above psaltery a bit of an old strum myself, I popped off at Drumcliff Church for the first time ever, to have a goo and to pay my respects at Yeats' and George's grave - and to ask for a blessing on the psalteries and all talk of them that day.
The spirits came down and answered me soon enough in the form of a contrary remote control clicker that refused to do as it was told for the power point presentation, and a CD player that stopped, started, and spluttered throughout the radio documentary.  It was a bit like WBY meets Krapp's Last Tape, but luckily the audience were well seasoned Yeatsians, and were totally understanding and even appreciative of these moody "spirits" making their presence felt!  ;)  I have to say I really enjoyed the interaction and feedback with the audience that day, and am very grateful for the invitation to be part of that fine Sligo tradition that is the Yeats Summerschool.  I wished I could have hung out in Sligo with my fabulous new friends longer, but I had a plane to catch to Biarritz on August 5th, from where I was going to set out on the Camino - for once and for all.  Enough procrastinating, and talking around and about it.  The time for action and putting one foot in front of the other had arrived! But first, in great trepidation, taking my footwear seriously, I got my feet measured for Camino shoes at The Great Outdoors:
Nothing like the practicalities of fear of blisters [blister-phobia?] to take one's mind off of the esoteric and Yeatsian hauntings! A friend kindly lent me all her Camino gear - rucksack, walking sticks, guidebook, first aid kit, travel towel, and money belt, in the first of many super acts of camaraderie I would benefit and learn from on what was to turn out to be a 355km walk in 15 days this time around - into the unknown.  Out of my comfort zone and into the random kindness of the camino universe.  355 km later I think that kind of solidarity you experience on that road is one of its greatest benefits and lessons.  It restored my eroded and waning faith in humanity anyway! At Biarritz airport, I found two fellow solo pegegrinos, and we traveled together to St. Jean Pied de Port by bus and train (surrounded by French boy scouts).  We went together to get our pilgrim passports, and got our first stamp before heading off - in the wrong direction of course! - before being sent back up that hill we should have been climbing, not descending... 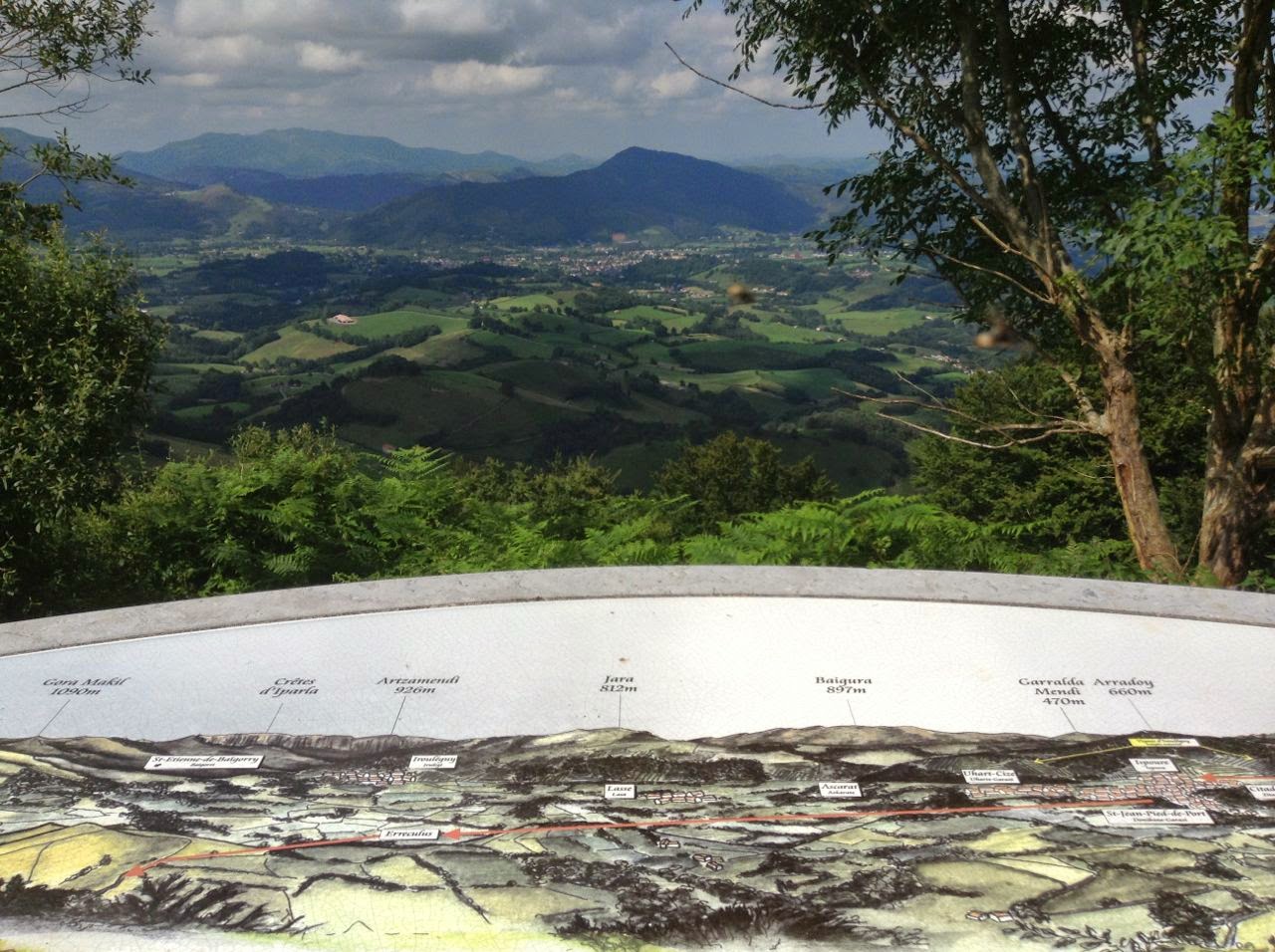 Of course, we had to learn the lesson of the yellow arrows first and foremost.  Follow the yellow arrows... put one foot in front of the other.  I had intended on chilling out in St. Jean Pied de Port, a super quaint French mountain village for a night, but seen as my newly discovered Peregrinos were set on getting over the Pyrenees that very day to Roncevalles, I thought the least I could do would be to set out with them, and wave them off after the first 10km.  So that is how I got a bit of a head start on myself, by getting a push from their ambition and energy.  At the end of that arduous and high-achieving (literally), day, all three of us ended up 10km up the mountain in the mirage-like oasis that is l'Auberge d'Orisson.  Ah, heaven.  I don't know how I arrived before the other two, staring at my feet, filming the odd cow or two and taking the only selfies of my trip, but I did.  A miracle! 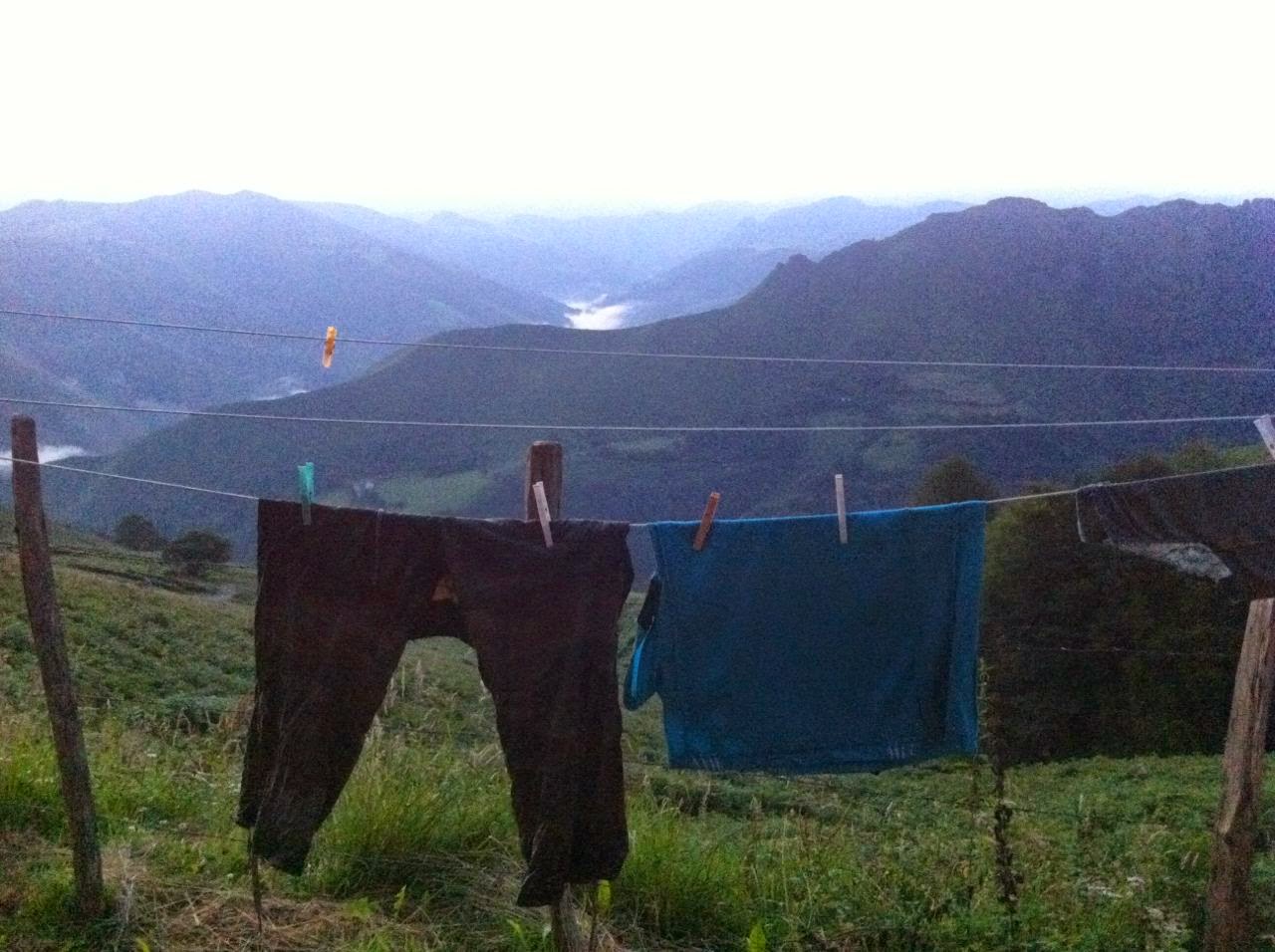 We were now above the clouds and on our way.  The first hand-washing of the journey.  The first bunkbeds.  The first communal meal, and all the languages that might entail (in this case just French and English, though the next night I'd be trying on Portuguese with Brasilians).  The first stretching out of the sleep-sheets.  The first negotiation of hostel shower.  The first rubbing of vaseline between toes.  The first setting of the phone alarm for at least 6am.  The first moving in the dark before dawn and losing of things in the anxious rush to get on the road.  The camino had begun, and all its practicalities, which actually prevent lofty thoughts (thankfully).    When I got home I recovered some poignant utterances like this: "Solvitar ambulando" - "It is solved by walking" (from The Songlines by Bruce Chatwin).  But while there, I was with Walt Whitman and his paean "O public road... /You express me better than I can express myself/ You shall be more to me than my poem".  I was surviving.  Meeting people and having fun.  Enjoying the company and the camaraderie.  Focusing on keeping going.  The sights going over the Pyrenees were of the spectacular variety.  There were traces of religion everywhere of course, but that didn't intrude on or dominate the experience.
Though it provided a reassuring and sometimes beautiful unobtrusive backdrop to the experience, (which I believe is now mostly secular).  Somewhere in the Pyrenees I think near this Fontaine de Roland we crossed over from the benign French Pays Basque into the more pugnacious Spanish Basque Country.

There were free mountain springs and water fountains all along the way.  Some days to avoid the heat of early afternoon, we started out under a full moon, some with torches on their foreheads (follow that pilgrim).  Here was a typical morning view, as we set out on the road, individually and together: 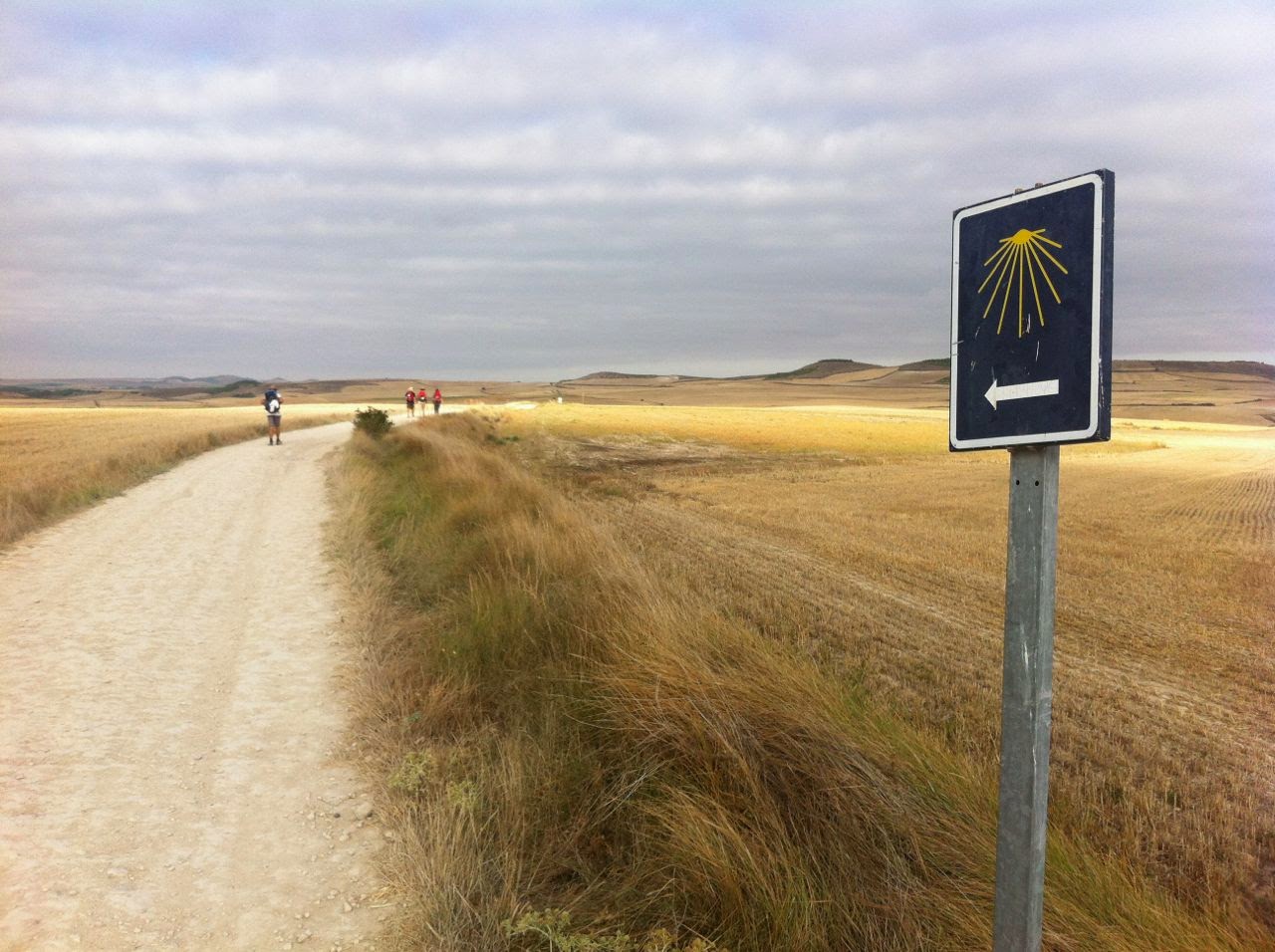 All the troubles of daily life at home just fell away.  That's all irrelevant now.  Here out on the Camino, through villages, dales, cities, cathedrals, one horse towns with one bar and pilgrim hostel, and finally (for me this time), the vast open plains of the Meseta.  I made it to Fromista, walking 35km on my final day before the descent back down to Madrid, a room of my own and the unspeakable luxury of a half-bath.
I'm really looking forward to finishing the second 445km next year, Inshallah,  and reading up loads of literature and brushing up on my Spanish in the meantime.  Until then, it's all the metaphorical ongoing Camino for me.  Albeit without the yellow arrows (unfortunately!).  Yo camino.