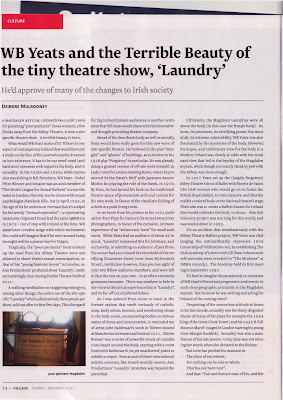 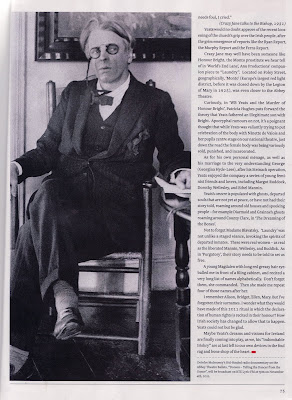 I'm delighted that my ponderances on what WB Yeats might make of Contemporary Ireland, and in particular of 'the tiny theatre show Laundry', appear in the current edition of VILLAGE MAGAZINE. Check it out, and please do let me know what you think...
Posted by Deirdre Mulrooney No comments:

In the Footsteps of the Fab Four... etc 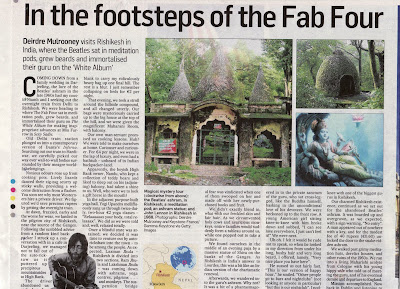 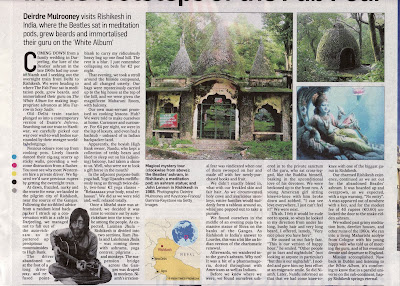 A Magical Mystery Tour to Rishikesh! (as seen in this weekend's Irish Times "GO" Magazine).
Ah, those were the days...

Additionally, I've been busy. With the help of my fantastic sound engineer, John Davis, I have just finished a first mix of my radio documentary "Irish Monsoon Wedding", about the aforementioned family wedding in Darjeeling, that preceded the Happy Rishikesh adventure. So watch this space (or should I say, listen out for this space), 'til I line up a broadcaster so you can hear all about that unlikely Cork-Darjeeling love story. Stay tuned! :-)

In the meantime, you can catch my BAI-funded radio documentary, on the Abbey Theatre Ballets, entitled "Doreen - Telling the Dancer from the Dance" on RTE Lyric FM on Friday November 4th 2011 at 7pm in the "Lyric Feature" slot. More of that anon. 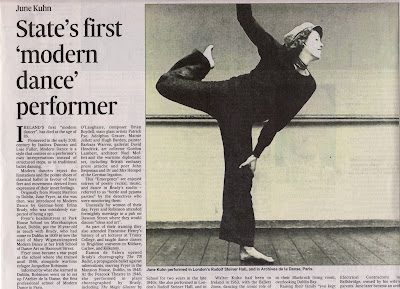 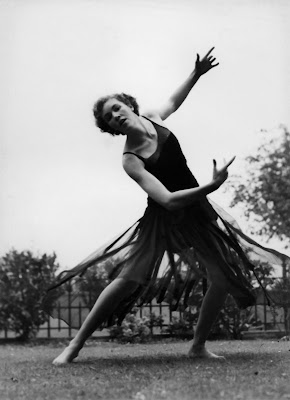 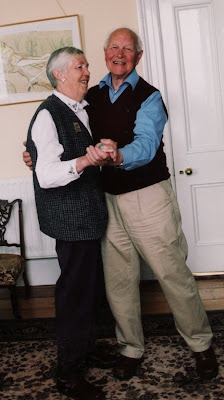